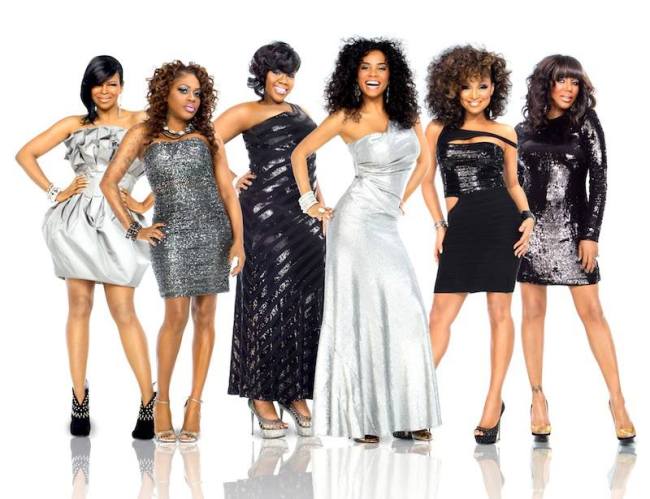 Kelly Price has been extremely quiet throughout the season of R&B Divas LA.  If you check her tweets, it’s mostly in regards to her upcoming show “Too Fat for Fame”.  I’m not sure what has made her suddenly have a change of heart and address it.  Maybe it was the paperwork that I submitted to have her removed from the Big Girl Association.  Maybe it’s the fact that her Twitter mentions have been a war zone.  Whatever the reason, she sat down for a 2-part interview with CNikky.com.

Of course, she gave the much expected excuse that much of what you saw was the magic of Editing & Production.  She claims that production asked all of the ladies to bring more drama.  She also said that her feud with Fred was suggested by production.  She only gave in because she didn’t want to feud with any of the ladies.  She gives a few examples of what was asked of her:

I refused when multiple times I was asked to arrange a surprise meeting between Chante Moore and her ex husband, Kenny Lattimore. Kenny is my friend. Chante is my cast-mate. We’re working together, we’ve known each other for a very long time, and we have a friendly relationship. And I know because of my relationship with him and my private conversations with Chante that that’s not something that she’s ready to have happen. They were not in that place or in that space to be in the same place with each other and it be like that. So I wasn’t about to be in the middle of it. I was asked not once but more times than I can count. There are people not very pleased with me because there was a lot I did say no to.

Also, she addressed the boots, Vaseline, and straight edge moment.  She claims that they were discussing props when she said that she had Timbs and Vaseline.  According to Ms. Price, she did not mention a straight edge, but Editing added that via an audio clip from a separate conversation.

I absolutely expected her to use the “smoke & mirrors” cop-out.  Let’s be real for a second though; to say that you only agreed to disrespecting Fred because you didn’t want to feud with any of the other ladies…..am I the only person that saw your beef with Chante’ and Lil Mo?  I would have had much more respect for her if she just admitted that stress and personal issues got the best of her and in hindsight she could have handled a lot of things in a better manner.  But whatever girl.

(Sidenote: She kept hollering about her hectic schedule all season but I guess she wasn’t too booked to do a YouTube interview.)

Check out the interview below.